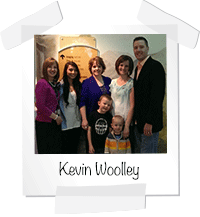 Kevin Woolley spoke openly and with conviction when he explained why he chose the Primary Children's Hospital Foundation to receive his Good Samaritan Bonus check.

On Nov. 5, 2012, Woolley's wife, Nancy gave birth to a daughter Kate, who had some complications and spend five of her twelve weeks on Earth under the care of Primary Children's Medical Center in the Salt Lake City, Utah area. Kate died on Dec. 22 of 2012.

Kate spent five weeks in that hospital and they treated us really well there," Woolley said. We want to make an impact for other families that are in that situation."

Woolley, who started with The Alliance in April of 2007, earned his first GSB check based on personal production to start 2014. He said the GSB program has served as a vehicle to give back in a big way.

(Primary Children's) does amazing work, they are a great hospital with great doctors," Woolley said. They cover quite an area with families from all over the place there taking care of kids. They are the main children's hospital on the West Coast."

Woolley said the GSB program has also inspired him to work harder so that the can support and give to more charitable organizations in 2014. 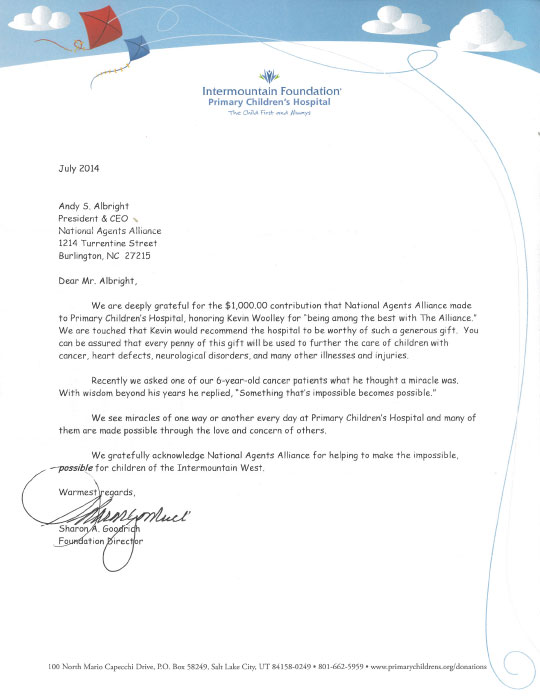